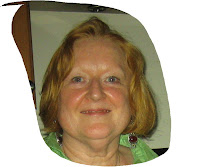 One of the things that it took me awhile to learn when I started working in the non-profit sector is that titles only tell you so much about how an organization actually works. Within almost any agency there are people who do not hold particularly lofty positions but end up being crucial to the process of actually getting things done. Today at the Center we celebrated one such person: our office manager Veronica, who is leaving us to move to Beirut. Veronica is rigorously self-effacing but the truth of the matter is that she has been a key behind-the-scenes player here. Veronica was the first hire I made after I became the director of the Center and she has provided us with an administrative backbone as we have doubled in size over the past decade. I will miss Veronica's wicked sense of humor, her integrity, and the unfailingly high standards she set not just for herself, but for me and the entire organization.
Labels: Friends Non-Profit People That I Admire