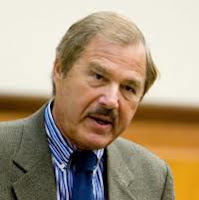 I spent a few hours this evening at the Vera Institute of Justice for a lecture by law professor Franklin Zimring, who offered a preview of a new book he is working on that looks at the crime decline in New York City over the past two decades. Zimring was unequivocal in hailing the decline, calling it the most sustained improvement in public safety that any city has ever experienced since crime rates began being measured. In his effort to explain what happened, he focused primarily on changes in police practice since 1990 -- more cops on the street, more aggressive policing, reforms like COMPSTAT and hot spots policing, etc. He also discussed something that I have found bewildering: while the drop in crime in New York City is well documented, a related phenomenon has gone mostly unreported: over the same period that incarceration rose by more than 60 percent across the U.S., the use of incarceration actually declined by 28 percent in New York City (it is worth noting that the population of the City rose by 11 percent during this period). His conclusion was heartening to those of us in the reform business. New York City has not changed in any fundamental way over the past 20 years when one looks at the population, employment, education rates and other demographics. And yet serious crime has gone down 80 percent. The most likely explanation to Zimring given these facts is that a series of policy initiatives and changes within government actually made a difference on the ground. A far cry from "nothing works." And another great event from Vera.
Labels: Crime Vera Institute of Justice