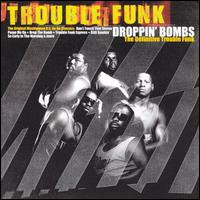 Last week, Christine's brother, who covers popular music for the New York Times (among other publications) wrote an obituary for the keyboardist of Trouble Funk, one of my favorite bands when I was growing up in Washington D.C.   It is difficult to remember now, but in the early 1980s there was a big debate in the press over which new fad would be triumphant -- hip-hop or go-go.  I guess we know how that battle turned out.  While go-go never ended up being more than a DC phenomenon, it is still one of the most irresistible genres of music imaginable -- especially when played live.  And Trouble Funk was, at least to my ears, the best of go-go.  I encourage you to check them out.
Labels: Music Non-work Trouble Funk