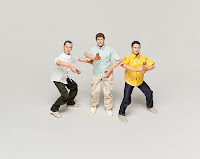 I've just returned to New York after a week's vacation in California. I spent the first part of the week in Santa Cruz, where my wife gave a paper at a Dickens conference. (I am currently reading Great Expectations as part of the eternal English seminar that is my marriage.) This was followed by a couple of days in San Francisco where, among other things, I had perhaps the best dim sum I've ever tasted.

While I was gone, the month of July ended on a good note for the Center for Court Innovation. We had lots of proposals and progress reports to crank out and thankfully Jill and the development team were able to meet that challenge. We also had a number of news hits. Here are a sample:

Chris Watler of the Harlem Community Justice Center is quoted in a Wall Street Journal article on Mayor Bloomberg's new plan to improve the life prospects of young men of color in New York City.

The New Orleans Tribune is one of several papers to cover the release of the national drug court evaluation we did with the Urban Institute and RTI International.

Bronx Community Solutions' work with young offenders was covered in the Daily News.

A New York Times blog covered the reaction of our Crown Heights team to the documentary film "The Interrupters."

Coming back from vacation has its challenges, but it is always easier to return to good news...

PS -- Here is a link for anyone with lots of money to burn who would like to get me an early birthday present.
Labels: Bloomberg Books Bronx Community Solutions Crown Heights Community Mediation Center Drug Court Harlem Community Justice Center Hip-Hop Non-work