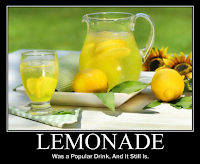 I wrote awhile back about Guru, the rapper from Gang Starr, falling ill. Earlier this week, he passed away.

The tragedy that afflicts many great rappers (think Rakim, KRS-One) is being saddled with lackluster beats that don't match their skills. Guru had the opposite problem: a producer (DJ Premier) so talented and beloved that Guru's contributions are doomed to be perpetually underrated. In truth, he was never the most adept rapper, but he did have the benefit of a unique, monotone style. Most of the obits I have read about Guru have focused on his split from Premier and the drama surrounding the collaborator he chose at the end of his career, some guy named Solar that I don't really know anything about. The best thing I've read about Guru is this piece by a writer named David Roth that accurately and lovingly pegs Guru's workmanlike style and penchant for slightly goofy lines ("Lemonade was a popular drink and it still is"). For anyone who wants to check out Guru at his best, I encourage you to check out this video for my favorite Gang Starr song: "Just To Get A Rep."
Labels: Hip-Hop Music Non-work Passings