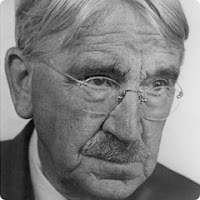 Tonight I went to a lecture at the New School on the topic of "What Would Dewey Do?" The event, which was part of the 90th anniversary celebration of the New School, attempted to translate the principles of pragmatism and progressive education espoused by John Dewey, one of the founders of the New School, into the present day. One of the principal points that the lecturer, Peter Rutkoff of Kenyon College, made was that universities should move away from an ivory tower model and attempt to operate more like a bazaar. The general idea is that there is a need to break down the walls that often exist between theory and action and to encourage universities to think of themselves as open places where both students and non-students can come to test the merchandise (in this case, knowledge). From my place in the audience, it struck me that in many ways community courts, which open the doors of the criminal justice system and encourage local residents to participate in producing justice at some level, are an embodiment of some of these ideas.
Labels: Community Court New School